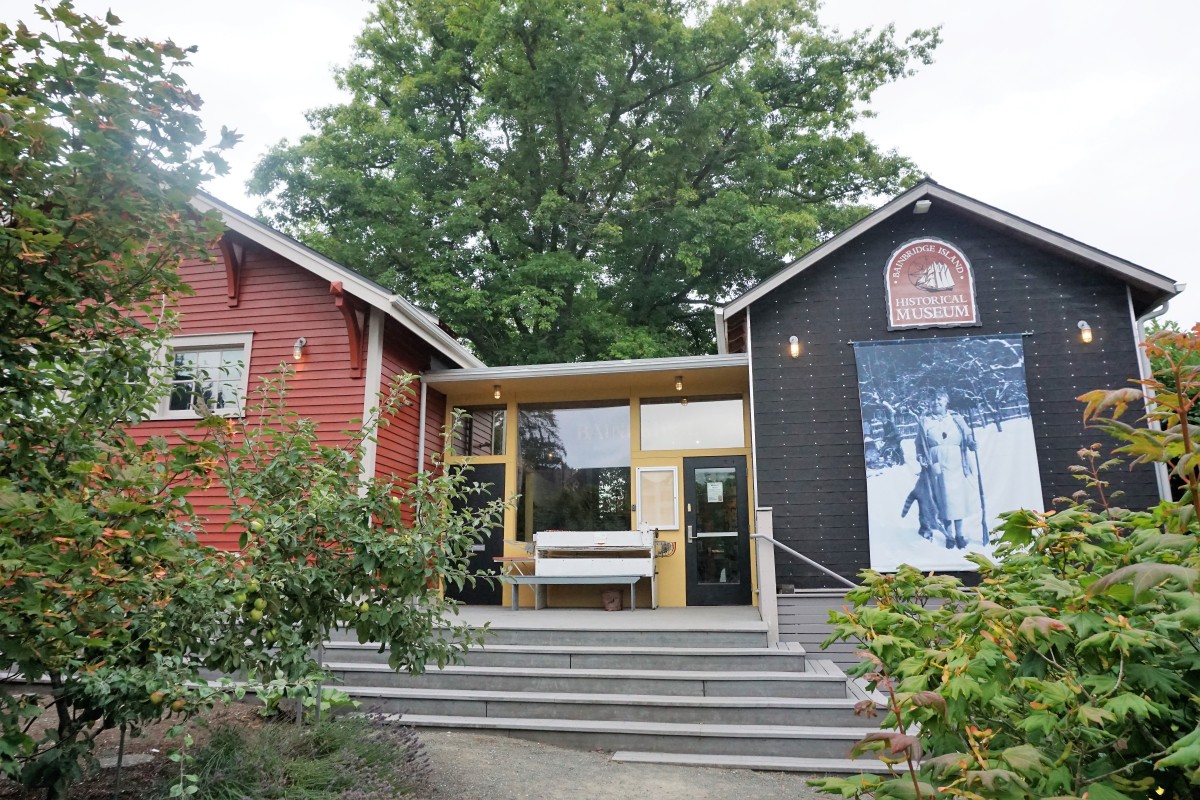 In the building’s 110-year existence, it has been poked and prodded, repainted, rewired, moved from one end of the island to the other, retrofitted with an annex and lifted to dig a basement to provide climate-controlled storage and more research space. Fittingly, the little red schoolhouse containing the artifacts of Bainbridge Island’s colorful history is, itself, a remnant of Bainbridge’s past. Home to the award-winning Bainbridge Island Historical Museum, the 1,000-square-foot building has led multiple lives, all of them on the island. Read more here…

It’s the kind of business where the same regulars hold court each morning over coffee — a place where you can drop by to pick up a carton of milk and check out the community bulletin board, and find a water bowl pit stop for neighborhood dogs.

The area’s small, historic general stores were built to anchor their communities. It was the logical location for the settlement’s new post office, allowing the mercantile’s owner or spouse, who typically lived on the premises, to serve a dual role as postmaster. The merge made the store the hub for far-flung neighbors to catch up on news while buying flour (6 cents a pound), potatoes (2 cents a pound), bolts of muslin, boots and buttons. 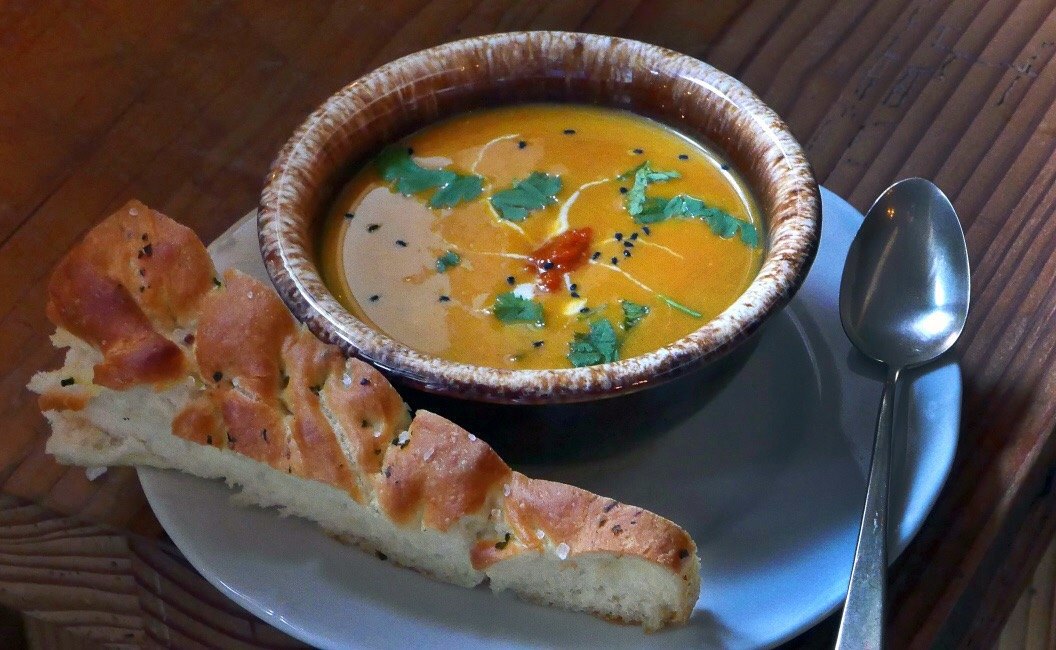 Mossback. It’s a slang term for anyone who prefers the gray drizzle of the Pacific Northwest to its elusive, sunny days. And we all know what happens sans sunlight — moss grows.

Except in Kingston. There, Mossback is a restaurant with an ever-changing farm-to-table menu, a supportive community of local family farmers and producers whose organic handiwork inspires the kitchen, and a trio of hardworking owners who don’t mind pulling on a pair of overalls and boots to weed and prune in the rain.

Check it out here.

It’s easy to bypass the artwork. For regular ferry riders, it can blend into the gestalt of a daily commute on the Washington State Ferries. And yet each of the 23 current ferries in the system is a floating art gallery — a curated exhibit of wooden masks, paintings, historical photographs and prints celebrating the ferry’s name, the communities it serves and Washington’s Native American culture. Read the rest of the article here.

This post isn’t about what’s inside Kitsap County but instead about some intrepid Kitsapers who have chosen a temporary or permanent overseas expat life. Ranging from Gig Harbor to Bainbridge Island they’ve lived in Lebanon, Paris, Morocco and for one couple, nomadic stopovers all over the world chasing summer. And, they have plenty of advice should you be considering the lifestyle which you can find here.

To row single-handedly from Poulsbo on the Kitsap Peninsula in Washington State to Seattle in a small rowboat requires propelling some 16 nautical miles through a major transportation waterway teeming with ferries, Alaskan- bound cruise ships, container vessels and recreational boaters. It also demands navigation of the Ballard Locks, two gates that connect fresh and salt water and even out the 20- foot difference in elevation between them.

It had long been the goal of Dave Lambert, Poulsbo’s kilt-wearing brewmaster and owner of the Slippery Pig Brewery, to deliver a keg of beer “the old-fashioned way.” His Norwegian ancestors had settled in the Poulsbo area in 1882, five generations before when the family’s human-powered boats plied the waterway between the frontier of the forested peninsula and growing city of Seattle to sell eggs. Inspired by their perseverance, it took Lambert seven hours to make the solo trip in a fiberglass rowboat named the Watery Tart and, of course, he rowed clad in his kilt. To read more click here.

Bremerton’s La Fermata Restaurant is more than a dining locale. In existence for eighteen years, it’s now an institution in the Manette neighborhood keeping an eye on the area’s evolving and newly upscale business community while serving classic and nouveau Italian cuisine. Read about it here.