In the building’s 110-year existence, it has been poked and prodded, repainted, rewired, moved from one end of the island to the other, retrofitted with an annex and lifted to dig a basement to provide climate-controlled storage and more research space. Fittingly, the little red schoolhouse containing the artifacts of Bainbridge Island’s colorful history is, itself, a remnant of Bainbridge’s past. Home to the award-winning Bainbridge Island Historical Museum, the 1,000-square-foot building has led multiple lives, all of them on the island. Read more here… 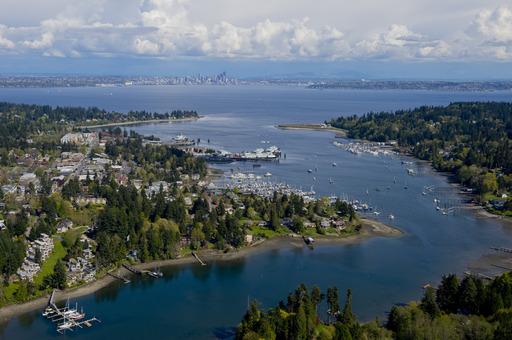 I’m a walker. But you already know that from this, this and this post. In my ongoing search for interesting Kitsap walking paths, I discovered Winslow’s Waterfront Loop Trails, a series of interconnected walking routes that hug the shores of Eagle Harbor and then loop back through downtown commercial and residential Winslow past interesting sites. A handy walking map can be found at the ends of the trail or downloaded here.

Armed with the detailed map, I discovered I’d previously walked portions of the trail, but walked it without really knowing the history and sites along the way. With the map I discovered I’d unwittingly passed by:

There are two loops to the Waterfront Trail, each about two miles long. This is a historical and nature walk that’s best done with plenty of time to observe the sites. For a deep dive into the history, the walk conveniently passes the Island Center School House which now serves as the Bainbridge Island Historical Museum. The museum is filled with artifacts of the island’s past and very helpful staff who want to insure all your questions are answered. 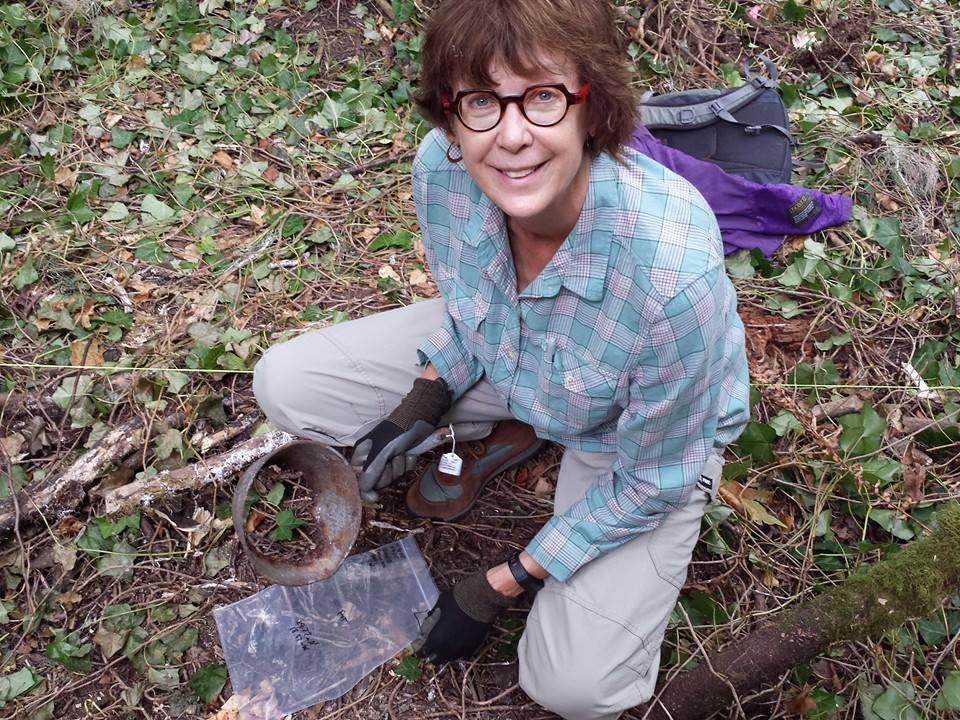 Yama. In Japanese it means “mountain” or “hill”. On Kitsap County’s Bainbridge Island, Yama was the hillside home for the earliest Japanese residents of the island; about 300 men and later women and children recruited to work in the expanding Port Blakely Mill. Though the village of Yama only existed from 1890-the 1920’s when it burnt and was abandoned, the influence of Yama has shaped much of Bainbridge’s history. Yama was the beginning of a shameful period of the island, state and nation’s history – the forced removal of 276 of the island’s Japanese citizens to internment camps in California and Idaho during World War II, many of them Yama residents and descendants who remained on the island. The Bainbridge Island Japanese American Exclusion Memorial Association has dedicated itself to remembering that time by erecting a beautiful but sobering memorial, The Bainbridge Island Japanese American Exclusion Memorial located at the now defunct Eagledale Ferry Dock Harbor, the site of the forced removal.

Located on the south end of Bainbridge Island overlooking Blakely Park, today Yama is a tangle of vines and fast growing northwest vegetation covering the remains of what was once a thriving village about a mile from the mill. 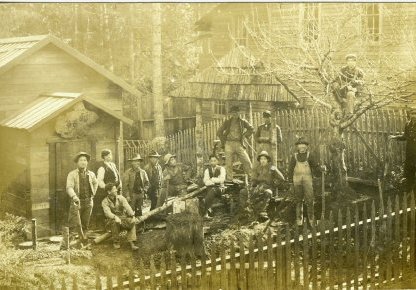 Based on oral history, a few photographs and the beginnings of an archaeological project, evidence indicates that Yama once had a Buddhist temple and Baptist church, a hotel, a general store with an ice cream shop and photography studio and a bathhouse that lined the wooden planked sidewalks to the houses. The earliest residents were bachelors, many who eventually married. Those who didn’t were consigned to the bachelor quarter away from the families.

While nearby Bainbridge residents were aware of Yama; some even doing their own excavation of pottery and other remnants, it wasn’t until 2010 when the city and parks departments traded who had jurisdiction over the seven acre site, that plans began to develop to fully study it as the important archaeological site that it is. A partnership of Olympic College’s Anthropology Department, the Bainbridge Island Historical Museum, the Kitsap County Historical Society and Museum, the Bainbridge Historical Preservation Commission and the Bainbridge Island Japanese American Community formed and applied for grant funding. 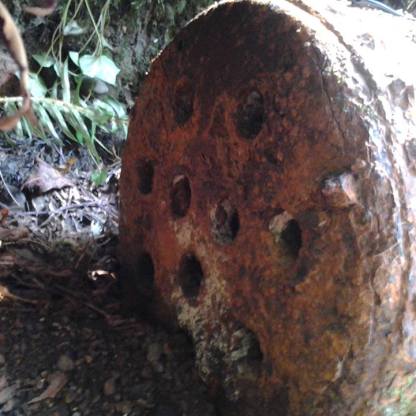 During the summer of 2015, the three year archaeological research began with a team of students from Olympic College participating in an archaeological field school and 37 volunteers who contributed 670 hours of work. I was a very occasional volunteer and can attest to the considerable effort that occurred in the summer of 2015: surveying the hilly overgrown site, removing vines to search for surface level artifacts and cleaning, identifying and cataloging over 2500 artifacts that ranged from metal stoves and pans to parts of shoes, a porcelain dolls head and a lot of glass shards. While some artifacts will be housed at the Bainbridge Historical Museum, the eventual collection is too extensive and so it will be housed at the Burke Museum in Seattle, an internationally renowned museum of Washington history and culture on the University of Washington campus.

The second year of the archaeological project will begin again in the summer of 2016. If interested in volunteering, it can be done here. If you don’t want to volunteer but are interested in following the project, the Yama site has a Facebook page called Yama Anthro that tracked the daily progress of last summer’s work. And the Bainbridge Historical Museum has an impressive display of the history of the Port Blakely Mill, Yama and a collection of artifacts from both.